But first, some quick facts:-

Elevation: Around 2900 metres above sea level

Famous for : Being a sacred Buddhist lake & its emerald-green colored clear water

Dhumba Lake is a beautiful, clear water lake situated at the base of Mount Nilgiri. The lake can be reached on foot following a moderate trek of 5.5 kilometers starting from Jomsom (Mustang). You can start the trek by reaching Jomsom Bus Park and crossing the wooden bridge there to reach the left side of the air strip. There you’ll find a sign board pointing towards the way to Dhumba Lake/Thini Village. The first milestone of the trek will be Thini Village which is approx. 5 kms from Jomsom. The next half kilometer trek will lead you to Dhumba Village and consequently to Dhumba Lake.

Dhumba Lake is a sacred Buddhist lake and for the same reasons, the lake was fenced with prayer flags. There is an interesting story behind this lake as per the locals. Legends say that the lake water once turned red on its own and only after long, devoted religious ceremonies performed by Tibetan Buddhists that the water returned to its natural color. So it’s been considered a scared lake since then and according to some locals the fish from the lake is never consumed. Some locals claim to come here in order to pray for same sort of change in their lives for their betterment. 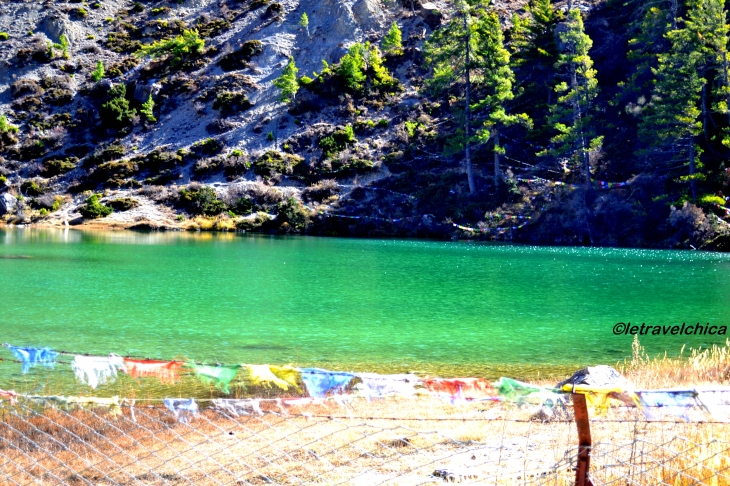 There’s a gompa (or stupa) called Kuchup Terenga Gompa (approx. 3000mts) about fifteen minutes of uphill walk from the lake. All the religious rituals at the gompa are initiated by using the scared water from the lake as a form of religious offering.

The lakeside is perfect for spending afternoon amongst picturesque snow-clad peaks and spectacular views of the valley. A calm and pleasant place to relax, it is a worthy stopover if you’re in Jomsom.  If you wish to go up to the gompa, you can have even more striking 360 degree view of the area. The sacred lake is truly a mesmerizing treat to the eyes and so is the whole trek. The apple orchards and the mud houses of the Thini Village are magnificent and give a good peek into the Mustang culture. It is believed that the Thini Village overlooks the old salt trade route between Tibet and Nepal.

However, if you wish you can continue the trek from Dhumba Lake up to the Marpha Village which is a famous Thakali village. Marpha is the apple capital of the nation and you can take a good look at the apple and apricot industry there along with the local Tibetan monastery.

Seeking meals and miles View all posts by alphatraveler

4 thoughts on “Dhumba Lake – The hidden gem of Mustang” 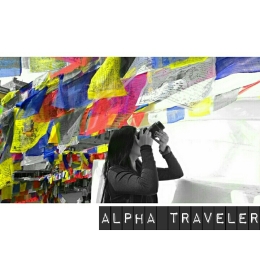